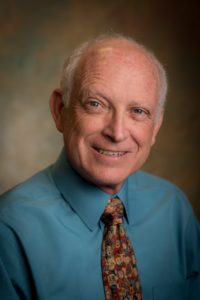 Don Baer is a Laboratory Fellow at Pacific Northwest National Laboratory (PNNL) where he is the Lead Scientist for Molecular Transformation for EMSL—the Environmental Molecular Sciences Laboratory, a U.S. Department of Energy national scientific user facility. Most of his research has explored the impact of surfaces and interfaces on material properties including understanding the behaviors of nanoparticles in aqueous and biological systems, the surface chemistry and dissolution of oxides and minerals, and the role of interfacial chemistry on stress corrosion cracking leading to more than 280 publications. Baer joined PNNL as a postdoc. He has served as group leader for interphase chemistry, deputy director of PNNL’s Nanotechnology Initiative, and co-director of the PNNL-University of Washington Joint Center for Nanotechnology. During 1984-1985 he was a Visiting Research Fellow at the University of Surrey, Guildford UK. He has been an affiliate Professor of Chemistry at the University of Washington since 2004 and was an adjunct Professor of Physics for Washington State University (1990-2012). He received a B.S. in physics in 1969 from Carnegie-Mellon University, a Ph.D. in experimental physics in 1974 from Cornell University and was postdoc in Physics at the University of Illinois.

Dr. Baer is recipient of the 2009 Albert Nerken Award from the American Vacuum Society, the 2011 John Rivière Prize of the UK Surface Analysis Forum, the 2012 Microscopy Today Innovation Award, and an Award of Merit from ASTM International (2014). He is a Fellow of the American Association for the Advancement of Science, ASTM International, the American Physical Society and the American Vacuum Society. Based on his interest in encouraging young scientists he has received the PNNL Fitzner Eberhardt Award for outstanding contributions to science education (2000) and the Chester Cooper Mentor of the Year Award for mentoring technical staff (2003).